Dressing up with Clara Estelle 1 cont.

Clara Estelle got tired of her current attire and decided that it was time for a change. While she loves her brown wide-brimmed hat with the feather trim, she wanted to try out some different looks and pick out something a little more spring-y to wear. Below are some pictures of the different hats she tried. 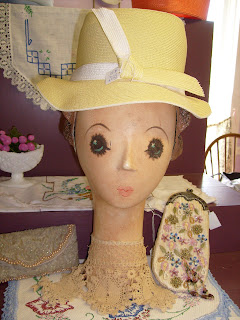 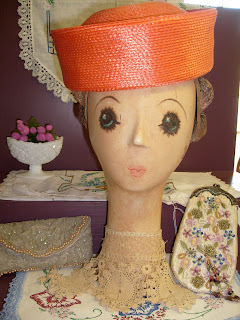 Dress-Up with Clara Estelle Episode One 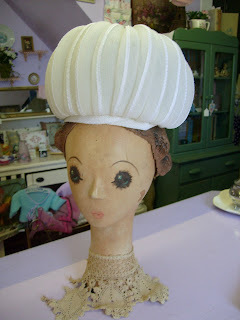 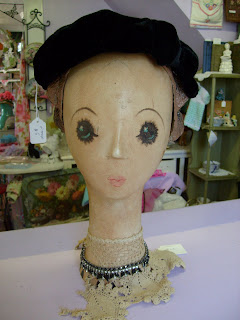 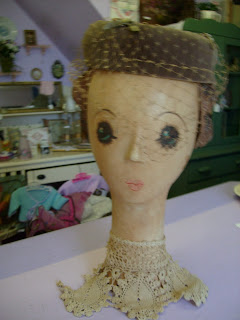 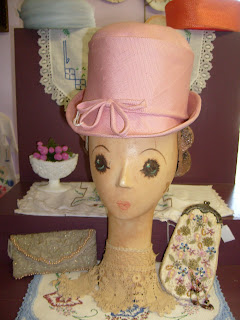 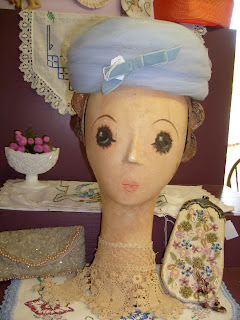 Posted by Trendy Bindi's Boutique LLC at 2:42 PM No comments:

I want to thank Tameka for a lovely idea about Clara Estelle. She thought that we should feature and solicit other "Clara Estelle" type stories and pictures from you the readers about your own individuality in dress. I would love to do this. However, we are newbies at blogging and for those of you who know your blogging stuff, can we make this a separate feature or would the stories just be posted like a regular post? We would appreicate any help.
I must say this about my Aunt Clara Estelle, she knew how to be an individual but in some areas, she didn't know how to fully live. She kept plastic on her furniture, and I think that is such a shame. She would be in her early eighties if she were alive and so a number of people kept plastic on the "good" furniture when she was younger, but life is too short to try to "keep" things.
My husband and I bought a beautiful rundown Victorian house in a not so nice neighborhood on our first aniversary (more stories on that coming in the future. The neighborhood eventually became an historic preservation neighborhood and we spent (and lost) a lot of money and years trying to restore the house). The first few years, we experienced a number of robberies. During one of the robberies, some of our beautiful silver serving trays that we had received as wedding presents were stolen (it was back in the early eighties, when silver and gold prices were very high and gas stations were being turned into places that bought silver and gold and melted them down), but as upset as I was over their loss, I had no regrets because we had used them a lot. Imagine a young couple, one in law school and one working on a masters, with handmedown furniture in a not very well kept up former rental, having friends over for parties and using silver trays and crystal. It was a blast. I am so glad I used them. What a waste, if they had been stored away for a special day that never came. In fact, they were probably stolen in the first place because I didn't keep them stored away, but displayed them on what little furniture we had. In fact, I displayed all of my nice things in those days, even if they didn't visually go together well because I wanted to have something to hold onto that those days would pass and life would get better (back then living in that lovely house was a bit like camping out all the time).
So use your good things, even if it's just to display them and let you know that life can be beautiful. I think that God gave artists to us for a reason. I use old vintage linens with spots and holes outside on my vintage wrought iron furniture, which was a curb find. Sometimes, I use the china, which took me twenty years to get, just because its there and beautiful and we eat in the dining room. Don't wait until it's too late and your treasures are being melted down in some former gas station. Living full does not have to be expensive (my outdoor furniture was free) and it doesn't have to take any more time. This is a theme that you will probably see my write about often. I am also interest in what you do to live life fully and with beauty. So please comment and, if I can find out how, I would also like to feature some of your ideas and writings.
Live life in God's beautiful world,
Stephanie
Posted by Trendy Bindi's Boutique LLC at 4:16 PM No comments:

My Aunt or Be True to Yourself

Below is a picture of Clara Estelle. Isn't she lovely and the picture of the well dressed 20's girl? She is an old hat display that came from the storage room of an old department store. I named her for my aunt Clara Estelle, who also was her own person and dressed in vibrate colors with sweeping skirts and wore bunches of jewelry. I inherited my aunt's love of dressing differently than everyone else. I like one of a kind items, like we sell in the store. Although this Clara Estelle looks a little more prim than my aunt, she still reminds me of her. I always ran my aunt's name together as in Clarastelle, no e between the a and the s, and it stuck with the family. Now that I am older, I realize just what a lovely name my aunt had.
Don't you just love the hat? I have to confess that I took one like it, in black with feathers, home with me. I sometimes wear it in the winter and I positive comments. Life is too short not to enjoy it (life). Like my aunt, don't be afraid to wear what your heart tells you that you want wear even if you're the only person wearing it. I have so many women come into the shop and say that they would love to wear hats but they won't because nobody wears them anymore. I tell them to go ahead, wear the hat. Some do. They are kindred spirits as Ann would call them. My aunt had her own sense of style and, even though I did not get to see her very often as she lived in Georgia and I lived in Ohio, I remember that about her. I think she would appreciated this hat that Clara Estelle is wearing. I hope she looks down from Heaven and appreciates my nod to her influence on me.
Stephanie
Posted by Trendy Bindi's Boutique LLC at 12:22 PM 3 comments: 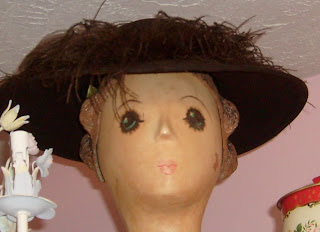 Posted by Trendy Bindi's Boutique LLC at 12:21 PM No comments:

The Curtain in the Picture Below

When we first moved into the shop, the window below had no curtain and since our counter is in front of it, we would get very hot. Having very little money after starting the store, I had to get creative. I had a piece of toile fabric and no sewing machine, so I turned the edge of the fabric down and hand sewn the edge and then I ran a pretty ribbon through the top. I put two nails in the window frame and tied the ribbon in bows on each side of the window. I plan to upgrade the nails to tie back tacks when I find some that I like. This was a very cheap and easy window treatment that looks very good.
Another treatment is to take an extension rod and drape vintage linens such as hankies, tea towels, tableclothes, and even aprons from it. This is very easy to change with your decor or the holidays. Vintage chic does not have to be expensive.
Posted by Trendy Bindi's Boutique LLC at 2:54 PM No comments: 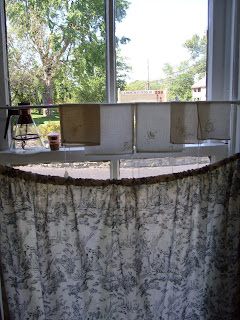 Do you love those vintage mid-century carafes and syrup dispensers from Pyrex and others? Here is a fun use for your collection for all of you gardeners--rooters for your various cuttings. They look so pretty lined up on your window sill or potting bench with the sun shining through! They also make great vases for your flowers. I prefer to use those with a stopper that can be removed. Just be sure to clean thoroughly before and after use! Some other glass containers you might want to consider for this are swanky swigs, glass laboratory flasks, clear perfume bottles and decanters with stoppers.
Kerry
Posted by Trendy Bindi's Boutique LLC at 10:59 AM 1 comment:

These are a few pics of the shop: 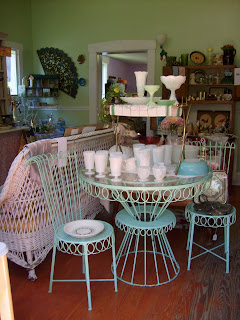 Thanks to Julie for your display we just love it! 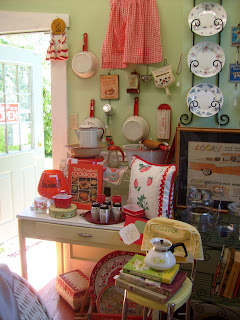 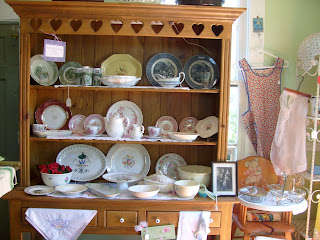 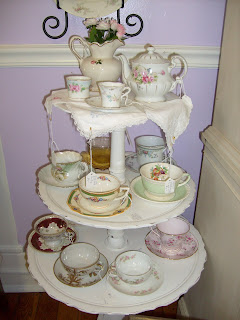 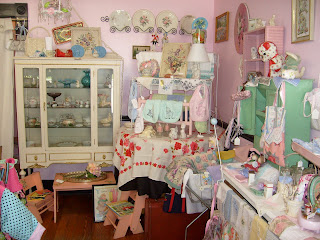 The History of the Stetson House

Trendy Bindi's Boutique is located in the Stetson House, which is the second oldest building in Waynesville, Ohio. It was built in 1810 by a wheelwright. It takes its name from Louisa Stetson Larrick the older sister of John Stetson (inventor of the Stetson hat and founder of the Stetson Hat company). Louisa arrived in Waynesville from New England when she married a local farmer. John stopped to visit her on his way out west. While out west, he invented the famous Stetson cowboy hat (he came from a family that owned a hat making factory out East) for a fur trader and it proved to be very popular. He came back to visit Louisa and she gave him a loan to start his own hat making factory. The rest is history. Unfortunately for Louisa, he gave her TB. He recovered from his TB, but Lousia did not and eventually she died from it in 1870.

The Stetson House not only houses Trendy Bindi's but also, according to popular belief, three ghosts. They are reputed to be Lousia, John, and a school teacher who also lived here at one time. Although other owners have had many ghostly encounters, they have been very well behaved with us. We occasionally hear someone opening the back door and walking around in the back room and think we have a customer but when we check--no one is there. Anyway, the house has very calm and gentle feel to it, so we think that the ghosts are friendly, gentle sorts. Some people have even been known to smell gingerbread in the back room, which was formerly the kitchen. If only Louisa make some that we could actually eat! LOL!

Stephanie
Posted by Trendy Bindi's Boutique LLC at 11:49 AM No comments:

Email ThisBlogThis!Share to TwitterShare to FacebookShare to Pinterest
Posted by Trendy Bindi's Boutique LLC at 11:49 AM No comments:

Welcome to Trendy Bindi's Bits of Bliss, the new blog for Trendy Bindi's Boutique LLC, our shop in Waynesville, Ohio (the antiques capitol of the midwest!). My mother (Stephanie) and I are very excited to finally be going online and sharing our passion for all things romantic, vintage and full of girly goodness. We hope that our blog and our shop can provide a vacation from the hectic world outside and help turn your home into your own relaxing retreat.

P.S. Please be patient as we are learning how to blog as we go : ) .
Posted by Trendy Bindi's Boutique LLC at 1:49 PM No comments: 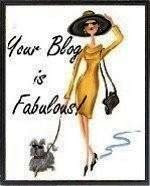 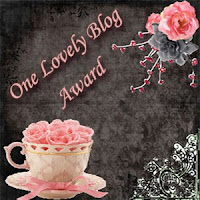